You will find these updates in 196, the next build of the game.

Build all the worklights you want! This is the first pass on dropping in a "test item". We hope to continue to add items like this while we flesh out core systems, as well as passes on other items that we think have way more potential, like the winch, drill, and beacons, just to name a few. You also now have more personality depending on which Astroneer you choose, as well as reverting the cost of oxygen tanks to titanium. Print some now while they are cheap ;). Dedicated servers are still not ready, but the headless server instance is a good step in the right direction.

The following minor bugs are known to be in this release and will be addressed in a future update. 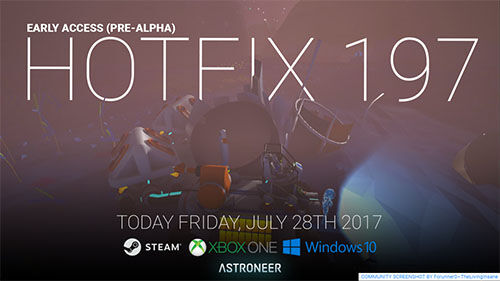