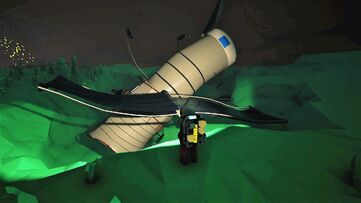 A Satellite found in a cave

Satellites can be found underground, partially or completely buried. The Satellite exists as a puzzle to be solved, once solved it rewards the player with power when aimed at the sun. It looks similar to the Hubble Space Telescope.

Click here to go to a forum post on the official Astroneer Forums describing how to solve the puzzle.

The puzzle isn't completely necessary to take the Lithium. It can be grabbed by clipping the camera through the Satellite and grabbing it at the top or placing Dynamite on the top of the Satellite.